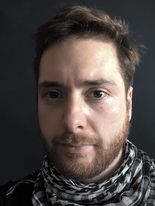 Igor is the co-founder of the award-winning software and hardware game studio Gamechuck.
From its conception, the Gamechuck Arcade was always going to be an open source product, because, really how could it not be.
Igor says that they were lucky to begin their work at the apex of availability of certain important technologies and likewise open – source hardware. While some areas of software lag behind the closed source software, making the arcade as closed hardware seems at best unethical, given that what of its components were not cut out on an open source CNC – machine, they were printed on an open – source 3D printer, and are using code developed using an Arduino board to give the players their control.
The open source nature of the system is not so much a goal as it is a consequence of wanting to make an owner – friendly product. Repairability leads to modularity which leads to the lifespan of the product increasing; both in terms of less waste due to component failure, but also in terms of product relevancy, because they make their base product available to ideas, they haven’t thought of yet. We can hear all this and more in Igor’s talk ‘The Black Box That Isn’t’.